The Internal Revenue Service has announced the annual inflation adjustments for 2016; these adjustments include social security, 401k, and HSA limits.  Several states have also had increases in minimum wage and their corresponding wage bases.  All of the adjustments, both federal and state, become effective January 1, 2016. 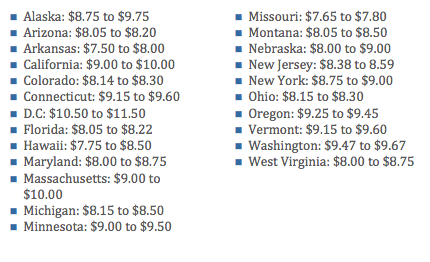 * San Diego minimum wage increases were originally passed, however, will be brought to a public vote on June 2016 ballot

For additional information on minimum wage by State, please refer to: http://www.dol.gov/whd/minwage/america.htm