Everything You Need to Know About California's Paid Sick Leave 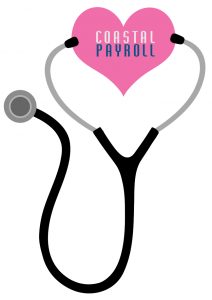 Coastal Payroll encourages employers without a current paid sick time policy to begin drafting and implementing a policy that complies with the new regulation. Here we will answer frequently asked questions about the new requirement:

What Is the Healthy Workplaces, Healthy Families Act of 2014?

An employee, who, on or after July 1, 2015, works in California for 30 or more days within a year from the beginning of employment, is entitled to paid sick leave. Employees, including part-time and temporary employees, will earn at least one hour of paid leave for every 30 hours worked. Accrual begins on the first day of employment or July 1, 2015, whichever is later.

Employees covered by qualifying collective bargaining agreements, In-Home Supportive Services providers, and certain employees of air carriers are not covered by this law.

What Must I do as an Employer to Stay Compliant?

• Display an updated poster on paid sick leave/labor law where employees may read it easily
• Provide written notice to employees with paid sick leave rights at the time of hire
• Allow eligible employees to use accrued paid sick leave upon reasonable request.
• Show how many days of sick leave an employee has available. This can be done via pay stub.
• Retain records showing how many hours have been earned and used for three years.

What Are the Accrual and Usage Rules?

Effective July 1, 2015, employees who work in California for 30 or more days within a year from the beginning of employment will accrue paid sick leave at a rate of no less than one hour for every 30 hours worked.

What Happens When an Employee is Terminated?

Employers will not be required to compensate employees for unused sick days upon employment ending, but they must reinstate the previously unused balance if they rehire the employee within one year.

Worried sick that you may not be in compliance by July? Have Coastal Payroll’s HR Pro’s review or help produce your accrual policy to be in line with the new regulations. Contact us today at 858.565.2123 for more assistance and information.